The Importance of Remembering

As we innovate and grow, it’s important to honor our history and place in the Rondo Community. Honoring the past is an ancient practice that crosses racial, cultural and ethnic lines. The Ghanaian Akan tribe calls this practice Sankofa. The Akan tribe believes that new learnings and forward movement are a must for progress to occur. Yet, they also believe knowing the past gives insight and wisdom to planning for the future. (https://www.berea.edu/cgwc/the-power-of-sankofa/). Sankofa is not simply a phrase but also a symbol. The symbol is a mythical bird with its feet planted firmly towards the future while its head is turned backwards.  Combined, the phrase and the symbol translate “it is not taboo to fetch what is at risk of being left behind”.

In this same line of thinking, the history of Open Cities (formerly Model Cities) Health Centers’ evolution in the Rondo community will be explored. As the clinic stands in its 52nd year in service to the community, there is much to learn from its history as well as to celebrate.

1967 was the year that Open Cities was born. It was also a momentous year for the Rondo Community. The neighborhood which “ran roughly between University Ave to the north, Selby Avenue to the south, Rice Street to the east, and Lexington Avenue to the west” was being prepared to be split in half  by the installation of highway I-94. The highway would be routed directly through the middle of the vibrant Rondo community which was culturally diverse early on. By the 1930s there was a mixture of French-Canadian, German, Jewish, Russian and African American families that called Rondo home.

Despite the political climate around race, Rondo was a pleasant place to live due in part to many successful business, some integrated schools, which created a high level literacy among its residents, a very active civil rights platform and interracial couples. Unfortunately, with the installation of the I-94 there would be the demolition of at least 400 homes/families displaced (History of Rondo documentary). The displacement of so many families and businesses interrupted the growth of the evolving cultural mecca.

Responding to the Call

In the same year leading up to the highway installation, the nation was ablaze with activism. The Civil Rights movement was in full throttle and communities everywhere were engaged in the fight for equal rights and equal access to everything from housing to healthcare. In 1967 the Supreme Court ruled that state bans on interracial marriages were unconstitutional in Loving v. Virginia; Thurgood Marshall was elected to the Supreme Court and rioting in Detroit was at an all-time high. In short people were responding to the needs and injustices of the people with fierce determination.

Those that served the Rondo community of Saint Paul were no different. They saw a need for a community clinic that made healthcare accessible and culturally responsive to its diverse inhabitants.

Open Cities opened its doors out of the St. James AME Church located in the Old Rondo neighborhood in 1967. The clinic was started by a group of concerned Saint Paul residents who wanted to help provide healthcare to their community.  Operating with limited resources from the City of Saint Paul and the Ramsey Action Programs, it was run by a staff made up of volunteer doctors, nurses and dentists. In 1969, two years after the clinic started, it received funding from the City through the Model Cities Program. In the early days the clinic offered health education, medical, immunizations and dental services. Most of its patients were African American and immigrant. The clinic provided a warm welcoming space to its patients.

Mary Stokes was one of the clinic’s founders and first director.  Her tenure ran from 1969-1971. Mary was fit for the job as she was no stranger to the healthcare field or community outreach work. She had worked as a public health nurse and an employee of the Saint Paul Bureau of Health and was very engaged in healthcare advocacy. Mary made it her business to connect with elected local officials and media to ensure the people of color were receiving medical care prior to her position as Project Coordinator at then Model Cities. Her experience benefited the clinic greatly as the clinic formed partnerships with organizations like Catholic Charities.

Open Cities was just at the dawn of its journey and would move forward to accomplish great feats of service but also of leadership. With the Civil Rights movement at its peak and the Women’s Rights movement underway, Open Cities would stand at the frontier of a new era. An era that was less tolerable of inequal access to such necessities as healthcare. An era where women not only organized but they also led.

This series of articles aims to capture the journey of the organization through chronicling not only its accomplishments and challenges but also the leadership that facilitated them. It is equally as important to highlight some of the organization’s key staff and practitioners who often do not receive enough acknowledgement. Engaging in this exploration will hopefully spur inspiration, contemplation and celebration of the clinic’s legacy of providing accessible healthcare to everyone. 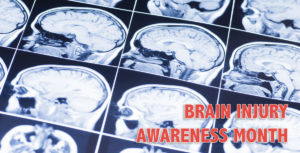 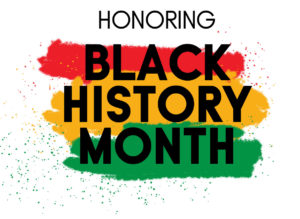 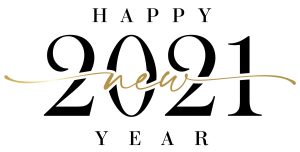 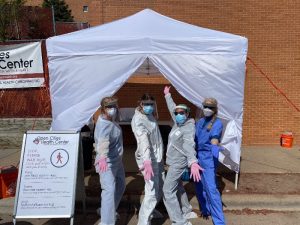 So why not give us a call?

We’re here to help you live your healthiest, happiest life.

This health center receives HHS funding and has Federal PHS deemed status with respect to certain health or health-related claims, including medical malpractice claims, for itself and its covered individuals.